What is Pop Art?

Pop art, also known by its name in English pop art, was an artistic movement of the twentieth century.

It was characterized by using images and objects of popular culture , taken from mass media (commercials, magazines, comics, movies) or everyday reality. 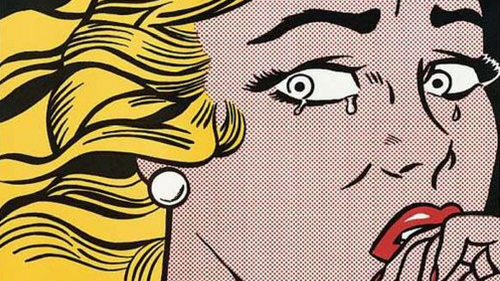 Pop art emerged as a movement in the late 1950s in England, and while in the United States it began to emerge with the 1960s.

Pop art intervention consisted of taking popular images or objects from their usual context in order to isolate or combine them with other elements, to highlight or illuminate some banal or kitsch aspect, or to highlight some specific cultural sense or feature.

In this sense, pop art could also be considered a symptom of the society of the time, characterized by consumerism, materialism, the cult of image and fashion.

Hence, the irony and satire of his artistic interventions were used as an instrument of criticism and questioning of the values ​​and ideas rooted in the consumer society.

But pop art and all its controversial aesthetics and attitude towards reality, in addition, involved a reaction to the canons of traditional fine arts, just as pop music was a gesture of breaking traditional precepts of the music.

Pop art is usually placed on the border between the end of modern art and the beginning of postmodern art. In this sense, some consider it a twilight artistic manifestation of modernity, while others see it as one of the earliest expressions of postmodernism in art.

Works and representatives of pop art

One of the most famous representatives of pop art is the American Andy Warhol, author of the work Campbell Soup Can, one of the most recognized.

However, among the representatives of this movement, artists like Richard Hamilton, creator of the collage, also stand out. What makes today’s homes so different, so fun? ; Roy Lichtenstein, author of Good Morning, Darling, or Tom Wesselmann, creator of the Great American Nude series .